Cyber Propaganda: From how to start a revolution to how to beat ISIS

The latest ‘Beyond Propaganda’ report examines how the internet has transformed disinformation and propaganda—from “reverse trolling” by authoritarian governments, to spreading dissident messages in Ukraine during the Euromaidan Revolution. 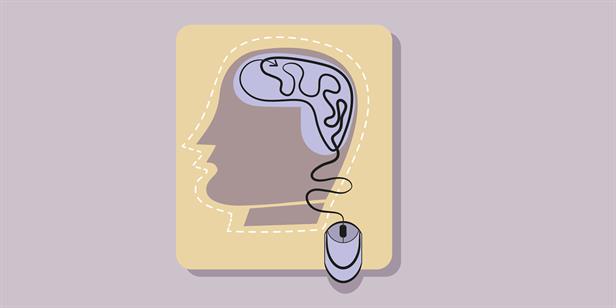 In Kiev, a young journalist makes a casual Facebook post calling for people to protest a government decision and it snowballs into a revolution, an invasion, and the end of the post-Cold War European order. In India, a YouTube video purporting to show a Muslim mob beating two Hindus to death causes mass riots which need 13,000 soldiers to quell. Later it turns out the original video hadn’t actually shown a Muslim mob at all, it hadn’t even been filmed in India: someone had put on a false caption on a You Tube video and started a riot. In the US, a tsunami of tweets reports a deadly explosion at a chemicals factory in Louisiana. The explosion never took place: Russian bots were looking to sow panic.

The internet has transformed propaganda. No longer do the state and media elites have a monopoly on public opinion—now anyone has the power to be their own Murdoch, Churchill, or Goebbels. This has empowered both crusading dissidents and the darkest sides of the ideological spectrum, posing new challenges for how democratic governments should respond and opening up new opportunities for states willing to mess with other countries’ information environment.

Ukraine’s 2014 Euromaidan movement was enabled by the power of the internet. As US Defense Department Analyst Katrina Elledge details, the internet allowed the revolutionaries to, inter alia, mobilise people through motivational material; document government crimes; share tactical information and training videos on everything from how to make Molotov cocktails to protecting personal information online; break the government’s dominance of media by broadcasting the revolution live via video streams; organise self-defence units, hospitals, transport, legal advice and funding.

The internet has put governments, and authoritarian governments especially, on the back foot. But while they have had to surrender absolute communication control, many are learning how to use the internet to their own advantage. David Patrikarakos, author of Nuclear Iran: The Birth of an Atomic State, looks at how the regime in Tehran has gone from describing social media sites such as Facebook and Twitter as “enemy spaces” to experimenting with using the internet to attack dissidents domestically and spread the Islamic Revolution abroad.

Russia has also been experimenting with manipulating the global information environment. One “cognitive hack” saw Kremlin propaganda skewing Google’s search function to the degree that if you typed “ISIS France” into it, the first recommendation was “ISIS France Support”. “This happened,” explains Patrikarakos, “not because of any genuinely high levels of support in France for ISIS, but because the most sophisticated algorithm in the world…was effectively hacked to produce this result.” A Kremlin propaganda network had wrongly reported that one in six French people supported ISIS. The story was picked up by the news website Vox in the US, and quickly spread further.

Perhaps the most spectacular practitioners of online propaganda are ISIS. Though best known in the West for their gruesome, cinematic executions of prisoners, this is only a small element of ISIS’ online propaganda output. “Understanding that different things appeal to different people is a crucial requisite for propagandistic success” argues Georgia State University’s Charlie Winter. “For example, Islamic State is well aware of the fact that the vast majority of Sunni Muslims living in its environs are not ideological adherents … by placing strong emphasis on the caliphate’s revolutionary agenda, unwavering penal code, services provision, and social welfare programmes, the group’s propagandists are able to attract disgruntled populations at the same time as they make ideological entreaties to jihadist fanatics.”

To counter ISIS effectively, believes Winter, democracies will have to take a leaf out of ISIS’s book and learn how to speak to different audiences in different ways. The need for narrative variation is born out of the nature of internet technology; today’s audiences are divided into online tribes with different agendas. This makes today’s propaganda, and counter-propaganda, different to the twentieth century’s, when one message could be blasted through a limited number of centrally coordinated media. Perhaps the greatest challenge going forward will be to connect the micro-messages delivered to each sub-group with a broader strategic narrative.

The issue is further complicated by the question of who should be doing the messaging. Are governments still credible? What is the responsibility of private companies, such as Twitter or Google, who carry the propaganda? They have helped create and massively profited from a technology whose potential for destruction we are only just coming to terms with. The start of the twenty-first century also saw a burst in information technology with the introduction of cinema and radio. Apart from all the good things they produced, they also made possible the promotion of totalitarian ideologies and allowed hate speech to reach and inspire millions.

The Transitions Forum is a series of projects dedicated to the challenges and possibilities of radical political and economic change.

Cyber Propaganda: From how to start a revolution to how to beat ISIS