A brief guide to the Dutch election: Will the rise of populism continue into 2017?

As part of his Senior Fellowship, Matthew Elliott is researching the rise of populism and examining the underlying factors contributing to the rise (or otherwise) of populist movements across the world. His first paper is a brief guide to the Dutch election, taking place on Wednesday 15 March. Will the rise of populism continue into 2017?

A report for the Effective Government programme 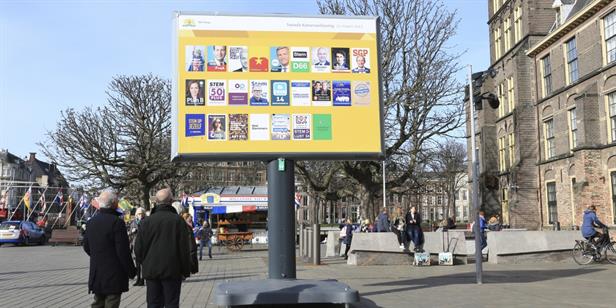 2016 delivered two major political shocks to the West with profound global consequences: first the decision by British voters to leave the European Union and then the election of Donald Trump as President of the United States. These two events can be seen in a broader context of what some are referring to as the ‘rise of populism’, a realignment of politics away from the Third Way consensus started in the 1990s by Clinton, Blair and Schröder (and indeed their Dutch forerunner, Wim Kok) in favour of populist leaders and movements, from Podemos, Syriza and Momentum to Ukip, the Freedom Party of Austria and the 5 Star Movement.

As part of his Senior Fellowship, Matthew Elliott will be looking into the underlying factors contributing to the rise (or otherwise) of these populist movements, beginning with the Dutch general election on Wednesday15 March. His first report, published on the eve of that election, provides:

“Some say that the recent polling success of Geert Wilders is just the Dutch manifestation of ‘Brexit’ and ‘Trump’”, Matthew writes in the Introduction. “There are others who claim that there is no similarity, that they are fundamentally different events with no common themes linking them. Both assertions are wrong.”

The report argues that there are important differences between Trump’s election and the Brexit vote, and that both are also distinct from the other populist insurgencies happening elsewhere. “It would be a mistake to assume that anyone who was pro-Brexit, is automatically pro-Trump, pro-Wilders or pro other countries leaving the EU. But while they are clear distinctions, international economic changes and global shifts in social attitudes point to some important similarities.”

In this series of papers, Matthew Elliott will compare and contrast these similarities and differences. For the forthcoming elections in the Netherlands, France and Germany, he will publish a brief guide to the vote on the eve of the election; put out some initial analysis immediately afterwards; and then edit a longer, more considered analysis by external authors at a later date.

This is not a completely new project for the Legatum Institute. In September 2016, the Institute published ‘48:52: Healing a Divided Britain’ in conjunction with the Centre for Social Justice. This project builds on that publication, and will also include a paper on the United States at a later date.

A brief guide to the Dutch election: Will the rise of populism continue into 2017?