Corruption has defeated governments of all stripes in countries across the former communist world. As the people of Ukraine, Georgia and Moldova struggle to rebuild their states, what contribution can the West can make?

Ukraine, Georgia and Moldova: Corruption and Challenges of Democracy 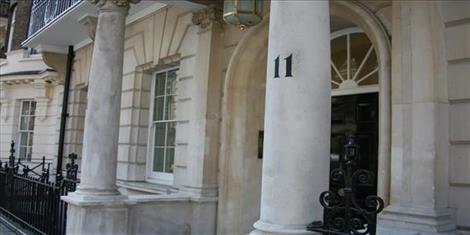 Ukrainian President Petro Poroshenko is making headway in an attempt to restore constitutional rule in the country’s east. But Russian expansionism is only part of the problem: endemic corruption risks turning Ukraine into a failed state—and the West is helping. Bankers and lawyers in Europe and North America have colluded in the looting and money-laundering of previous years. This threatens Ukraine’s reform efforts, and helps the kleptocrats who already rule most of the former Soviet Union.

Looting Ukraine: How East and West Teamed up to Steal a Country, a ground-breaking report from the Legatum Institute and the Institute of Modern Russia, tells the story behind the establishment, under former President Viktor Yanukovich, of a system of state-sponsored corruption in Ukraine.

“Bribes flowed upwards, with officials paying tribute to those above them. At the summit, Yanukovich, his family and his friends became spectacularly wealthy.”

The study by acclaimed journalist Oliver Bullough is based on original archival research and interviews with Ukrainian decision-makers, police and bankers. It offers a fresh, first-hand account of the West’s role in one of the most significant episodes in post-Communist transition.

Georgia holds lessons for Ukraine’s new government, according to Revolutionary Tactics: Insights from Police and Justice Reform in Georgia, a report from the Legatum Institute. It tells the story behind the most impressive corruption-busting programme in post-Communist Europe:

“The aim was to transform them, in the popular imagination, from parasites to public servants.”

The study by Peter Pomerantsev, Senior Fellow to the Transitions Forum at the Legatum Institute, is based on original archival research and interviews with Georgian decision-makers, police and judiciary. It offers a fresh, first-hand account of one of the least documented and most significant episodes in post-Communist transitions.

“Across the world more states are dropping the idea of becoming like western countries. Autocracy is trumping liberal democracy. Georgia is perceived as one of the exceptions: a revolutionary attempt to build a ‘western state’. What can Georgia teach other countries, from Iraq to Ukraine, about building a democracy? Or does the Georgian project have a dark underbelly?”

“Between 2003 and 2012, the Georgian government set out to do something which no one thought possible: rid itself of entrenched corruption. During those nine years, President Saakashvili succeeded in reforming the police& destroying powerful criminal gangs, while failing to reform the judiciary or the penal system. For Ukraine, which now faces exactly the same daunting task, there are both positive and negative lessons from the Georgian experience.”

These papers, and Moldova: The Failing Champion of European Integration, by Vladimir Soloviev, were discussed at an event hosted in cooperation with the European Endowment for Democracy. Details here.

For more information or to arrange an interview with the authors, please contact: