Norway has regained the number one spot from New Zealand Norway’s #1 ranking has been the result of improvements in the country’s Business Environment and Governance in the past twelve months, with Norwegians more optimistic about starting a business and more confident in their government than last year. 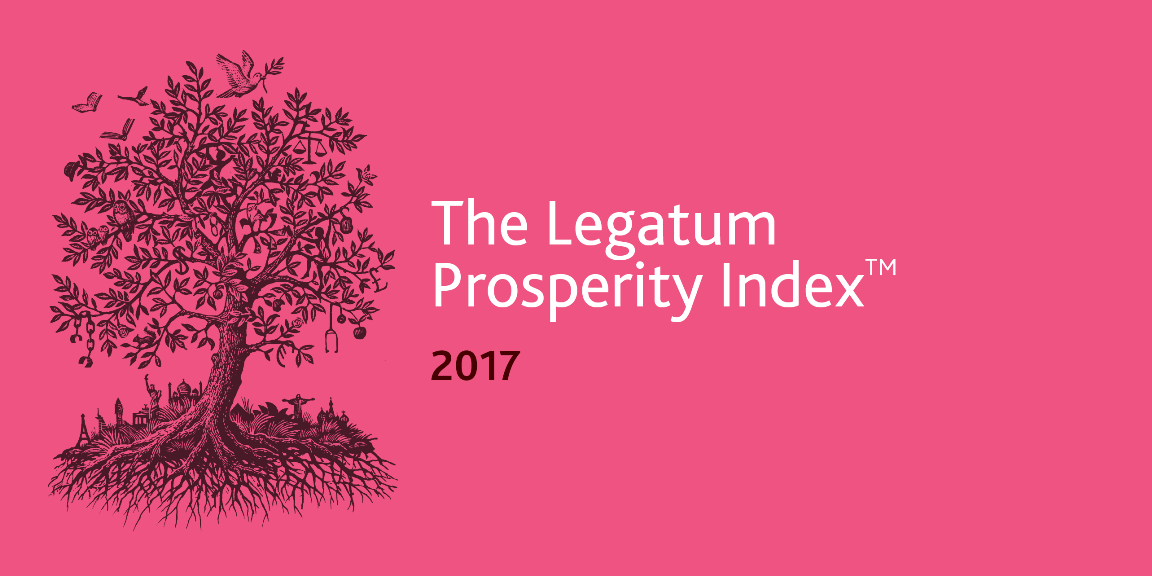 The Legatum Prosperity Index is the world’s leading global measure of economic and social wellbeing. Covering 149 nations and based on 104 indicators and 15,000 data points, it presents a unique insight into international wellbeing by identifying the conditions required for prosperous nations. Its broad range of indicators allows the Prosperity Index to pinpoint not only the drivers, but also the obstacles to a nation’s prosperity. These are organised into nine pillars of prosperity: Economic Quality, Business Environment, Governance, Personal Freedom, Social Capital, Safety and Security, Education, Health and Natural Environment.

There has been a representative from each at the number one spot for each of the last eleven years, with consistently high quality of life especially in the Health and the Natural Environment pillars.

Commenting on the publication of this year’s edition of the Prosperity Index, the Legatum Institute’s CEO, Philippa Stroud, said:

“I would like to congratulate Norway on securing the top ranking in this year’s Legatum Prosperity Index. More than any other country on earth, Norway has succeeded in nurturing both economic and social wellbeing to enable its people to truly flourish.

“Once again, this year’s Index is helping us all identify how we can create more prosperous lives, building stronger economies, societies and nations. Searching out the areas in which nations have potential to grow is a crucial part of realising this goal. Our hope is that our Index can continue to help governments and policy-makers to identify and promote policies that create pathways from poverty to prosperity.”

Over the past 11 years, the Legatum Prosperity Index has evaluated long-term changes in global prosperity, pinpointing some of the drivers of progress and highlighting those nations that have made the greatest strides forward. It is used by governments around the world as part of their key performance metrics. The Prosperity Index is produced by the Legatum Institute’s Centre for Metrics, and overseen by an international expert advisory panel led by the Nobel Prize winner Professor Sir Angus Deaton.

ABOUT THE LEGATUM INSTITUTE

Based in London, we are an international think tank and educational charity which seeks to provide evidence-based solutions for those who would see free, just and flourishing societies. We do this through our research and by bringing together those who wish to work towards creating a better, more prosperous world. At the Legatum Institute, we believe that prosperity is not just a journey of accumulation, but one of transformation.