The Legatum Institute, the international think tank and educational charity, is launching its inaugural “Central and Eastern Europe Prosperity Report” on 28th April 2017 at Erste Group Bank in Vienna with a roundtable focused on Austria. 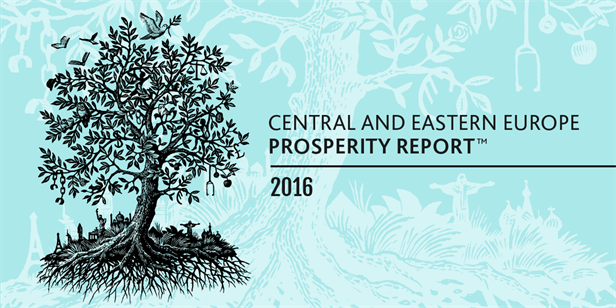 As a measurement of prosperity, the Legatum Prosperity Index™, the Institute’s signature publication, is unique. It measures prosperity holistically, as more than just the accumulation of material wealth, but also the quality of everyday life and the prospect of an even better life in the future. It gives a far truer picture of the life opportunities for the world’s population, and how countries perform in delivering them, than any Index of GDP alone could hope to.

True prosperity is as much about wellbeing as wealth and Austria came top of the CEE region, as per the table below. Globally, it ranked 15th in prosperity, also delivering the 15th biggest positive prosperity surplus out of the 149 countries the Institute covers. A prosperity surplus means the respective country is able to deliver more prosperity relative to its wealth levels.

On the other hand, the study finds that Austria underperformed countries at a similar level of wealth such as Denmark, Germany, Sweden and Australia. Moreover, while prosperity has been growing in CEE countries and Germany, it was flat in Austria.

The report shows that although Austria’s prosperity is broad-based – in terms of a safe and free society, quality education and health services, stable economic and political structures – it has stagnated over the past decade.

The stagnation in Austria’s prosperity is explained by one of the world’s sharpest falls in social capital, defined as the bonds and trust between citizens and citizens and institutions. The report finds that Social Capital in Austria dropped by 8% over the past decade; the authors of the report warn that it is rare for Social Capital to experience such large movements.

The Social Capital score measures the strength of cohesion and networks in society, such as civic mindedness and the presence of social norms that promote cooperation. Based on the specific social function and varying social actors involved, Social Capital can be break down into four components: Trust, Family and Community, Civic Engagement, and Civic Participation.

The report also found that it was economic and not social change that drove the steep decline in Austria’s Social Capital.

Commenting on the report’s findings, Paul Caruana Galizia, lead author of the report, said that “Contrary to recent headlines on the rise of populism in Austria and heated debate on immigration, the problem is not an increasing distrust of minorities and immigrants but sluggish economic growth. A faltering economy has both necessitated and limited the support people offer each other, straining Austria’s social capital and prosperity in general.”

While Social Capital is a function of economic forces and can act as a buffer when economic disruption occurs, the authors of the report point out that it can also be improved independently of the economy.

Social Capital is part of the foundation of prosperity because it also has crucial links to other sub-indices such as trust in the business world and in governance, so improving it has a big prosperity pay-off. Fei Xue, co-author, emphasised “the report shows that reversing Austria’s Social Capital decline over the past decade would see its global prosperity ranking in 2016 go from 15th to 5th.”

The report makes several recommendations including:

We are an international think tank based in London and a registered UK charity. Our work focuses on understanding, measuring, and explaining the journey from poverty to prosperity for individuals, communities, and nations.